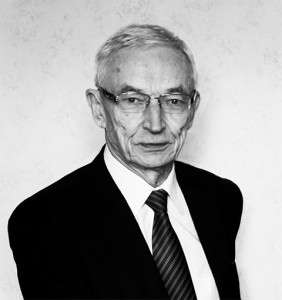 The Edita and Ira Morris Hiroshima Foundation for Peace and Culture has decided to award its prize for 2015 to Professor Anatoli Mikhailov, President and Founding Rector of the European Humanities University, Vilnius, Lithuania. A biography is appended to this release.

The award to Anatoli Mikhailov will be marked by several events in Stockholm on 25-26 May 2015. In particular he will be giving a lecture at the Stockholm Institute on Transitional Economics (SITE) of the Stockholm School of Economics (Handelshögskolan) on 25 May.. The title of Professor Mikhailov’s lecture is “Belarus on the eve of presidential elections: challenges and shortcomings of transformation”.

The Speaker of the Swedish Parliament, Mr Urban Ahlin, will host a lunch in honour of Professor Mikhailov, on 26 May.

In taking the decision to present Anatoli Mikhailov with the award the Board observed that, through his organisation of higher education and research in Belarus and Lithuania, he has made outstanding contributions to the promotion of democratic values, respect for human rights and the rule of law. Committed to studies in the liberal arts and enlightenment tradition, the European Humanities University has opened new perspectives to thousands of students helping them to grasp the meaning of European ideals and to unfold their professional potential. In so doing, this unique educational institution has planted seeds for a strong civil society in Belarus based on a vibrant culture and freedom of expression. Further information on the history and activities of the University can be found on its <a href=”http://www.ehu.lt”>website</a>.

The Hiroshima Foundation was created in 1989 following a bequest by the Swedish author Edita Morris (1902-1988) who was married to the American author Ira Morris (1903-1972). It is named after Edita Morris’ most famous novel The Flowers of Hiroshima which describes the suffering caused by the atomic bomb. Edita and Ira Morris’ son Ivan Morris (1925-1976) was professor in Japanology and one of the first interpreters sent into Hiroshima after the explosion of the bomb.

The Foundation presents awards to women and men who contribute, in a cultural field, to fostering dialogue, understanding and peace in conflict areas. The award is now presented, in principle, every second year. The 2014 prizes were given to the Canadian General and Senator Roméo Dallaire and the dancer and choreographer Kettly Noël. No prize was given in 2012. The 2010 prize was awarded to the British documentary filmmaker Kim Longinotto. In 2008 the award was presented to the principals of two schools in Sri Lanka in recognition of their efforts to foster mutual understanding for Tamil and Sinhalese culture. The 2006 prize was given to Elena Nemirovskaya, Director and founder of the Moscow School of Political Studies. In 2004 the prize was awarded to Borka Pavićević, founder of the Centre for Cultural Decontamination in Belgrade, with additional prizes to Biljana Srbljanović and Jasmina Tesanović, Serbian authors and peace activists. Further information on the Foundation, including a biography of Edita Morris and a full list of recipients of previous awards, can be found on the Foundation’s website http://www.hiroshimafoundation.net .